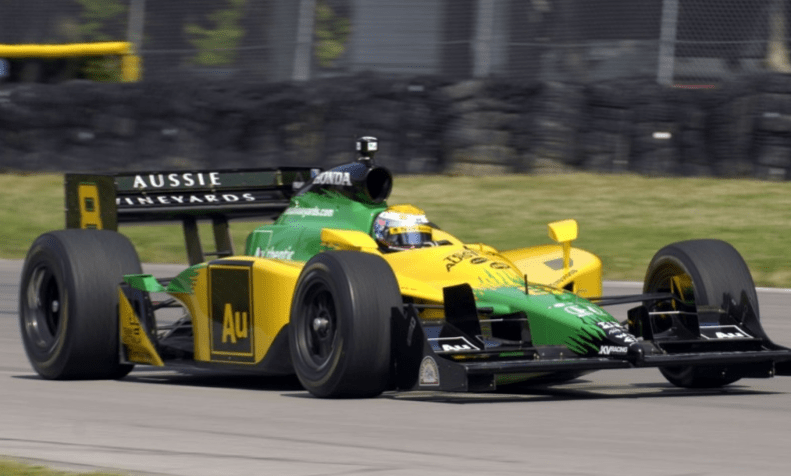 Tracy, the 2003 Champ Car World Series champion, is one of the most successful drivers in the history of open-wheel racing with 31 career victories. The Canadian native will be sponsored by GEICO Insurance for the second consecutive year.

“It is exciting to have PT and GEICO Insurance back together with KV Racing Technology for this year’s Indianapolis 500,” said KVRT co-owner Kevin Kalkhoven. “Paul is one of the greatest and most exciting drivers in the sport’s history, while GEICO Insurance is a leader in its industry. I feel confident that Paul, with the support of GEICO Insurance, will provide KVRT with a very competitive entry in this year’s Indy 500.”

“We are excited to bring PT back to the world’s best auto race, the Indianapolis 500,” expressed Ted Ward, GEICO’s vice president of marketing. “We have a great combination with a legendary driver in Paul and a world class organization in KV Racing Technology. This alliance allows us to spread our message of safety on a much broader scale.”

Tracy, a fan favorite for nearly 20 years, has competed in six Indy 500 races including his second place finish to Helio Castroneves in the controversial 2002 event. Last year, Tracy drove the No. 15 GEICO – KVRT Honda/Dallara/Firestone entry to ninth. In addition to the Indy 500, he drove the Honda of Canada KVRT car at Toronto and Edmonton last year.

“It is great to go back to the Indianapolis 500 with GEICO and KV Racing Technology,” Tracy said. I want to thank Kevin Kalkhoven and Jimmy Vasser of KVRT and GEICO for the opportunity to return the world’s biggest auto race. I have won races and championships at the top level during my racing career, but what I am missing is a win at Indy. I feel I have some unfinished business at the Brickyard and, with the support of GEICO and an outstanding team like KV Racing Technology, I feel good about our chances at this year’s 500.”

Tracy has competed in 270 Indy car-type events during his career and has established himself as one of the top drivers in open-wheel racing. The resident of Las Vegas, Nev., is among the top-10 in almost every Champ Car career statistical category including wins, 31 (sixth all-time), poles, 25 (eighth all-time), and laps led, 4,231 (sixth all-time).

“It is tremendous to bring Paul back to the Indianapolis Motor Speedway again this year in the No. 15 GEICO – KVRT car,” said KVRT co-team owner Jimmy Vasser. “I also want to thank GEICO for supporting our efforts with Paul Paul was very competitive last year in the GEICO machine in his first Indy 500 in seven years. After last year’s return to the Speedway, we, at KVRT, believe Paul will be a contender for the win.”